Turns out there's one real drawback to parenting a really brainy child. (That is in addition to the fundamental flaw of her being brainier than me, you understand. "Flight of the Bumblebee was written by a man called Rimsky-Korsakov you know Mummy." Erm, no. I didn't as it happens.)

No, as far as I can tell, the main issue is this. The brighter the child, the sooner they realise that you, as a parent, have absolutely no effing clue what you're doing.

Which is fine while we're bumbling along in our everyday shambles of Oxford Reading Tree, damp laundry and glitter glue. But when it comes to actual parenting (I'm talking discipline, behaviour, Ural maestri, that sort of thing) she can tell, without a shadow of a doubt, that I'm making it all up on the spot. And she's not convinced.

After a week of particularly feckless parenting, I'm working on a solution while she's at school: crystallised ginger, date and walnut cake. And while that's baking, a batch of Nigella's meatballs from the Kitchen book.

Because the former might trick her into thinking, for a valuable minute and a half, that I'm one of those awesome, capable Mums that knows what she's about. And the latter? Well, they're turkey meatballs, so presumably there's no dobbin in them. Though it turns out you can't be too sure... 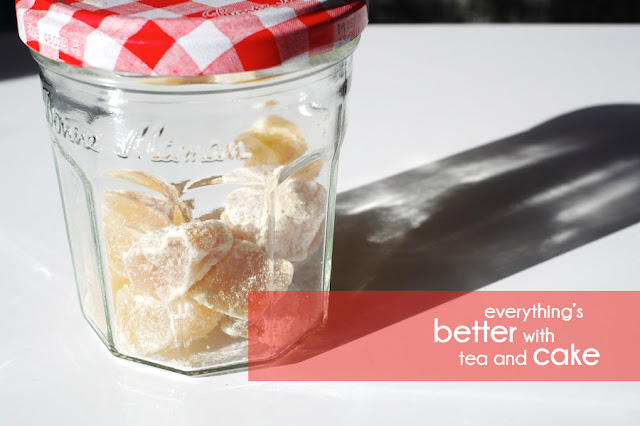 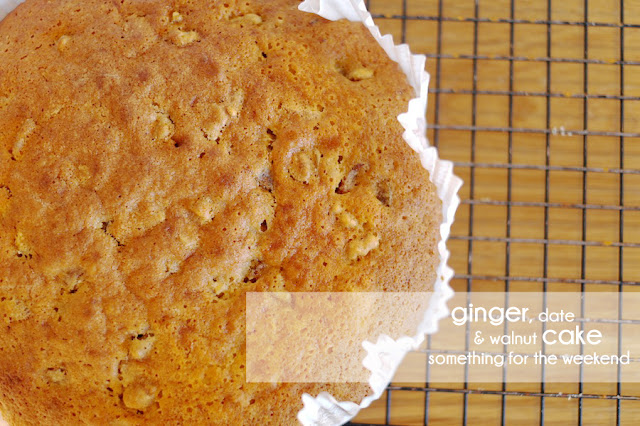 Crystallised ginger, date and walnut cake (a variation on an old favourite)
Ginger is supposed to boost the immune system isn't it? So with the fibre-rich dates and walnut Omega-3s, you can pretty much convince yourself that it's good for you.

Joining in with April's 'Fred & Ginger' edition of Just Desserts over on Domestic Sluttery.