Four posts in one week? Yes, I'm staying rather close to home and need something to take my mind off impending labour. I thought last night might have been the night. Turned out it wasn't. Can't be far off.

So, let me share something tasty and seasonal with you instead.

A little over a year ago, my second ever blogpost was only read by one person I think (and she kinda had to, she's one of my best friends). A mawkish piece of navel gazing that we won't dwell on. But the subject matter, carrot cake, is very important and deserves to be revisited.

Yesterday, The Boss and I pulled up all of our remaining crop of Chantenay carrots, amounting to about 1.5lb. Actually, she pulled them up, and did the comedy falling over backwards thing when they popped out of the soil. That's why I left it to her, it's funnier on a leggy kid than a massively pregnant heifer. She bounces.

And so, here's a revisit of the yummiest carrot cake recipe I know (even better with homegrown carrots rather than jumbo imported Australian ones that we had to use in Singapore). Details follow the photos.

It's so delicious that I actually think icing slightly ruins it. And it's perfect for making with kids because a whisk and spoon suffices: no need for electronic gadgets with scary finger-chopping potential. (Though I do use the grater attachment on the food processor these days, turning the tedious carrot-grating bit into the work of mere moments.) 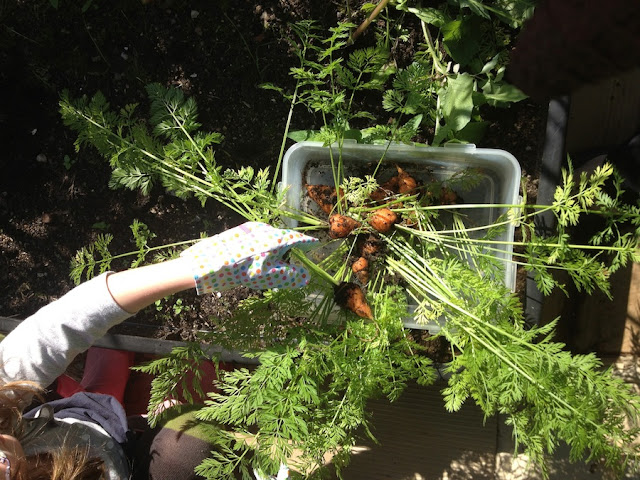 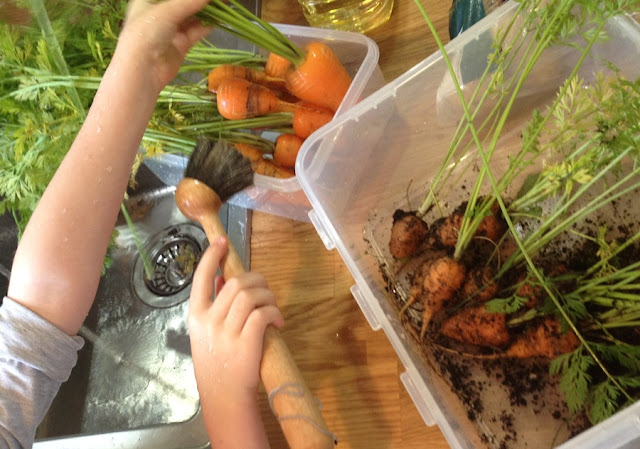 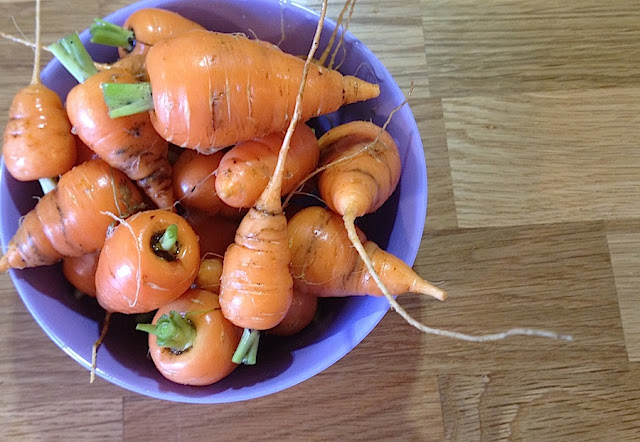 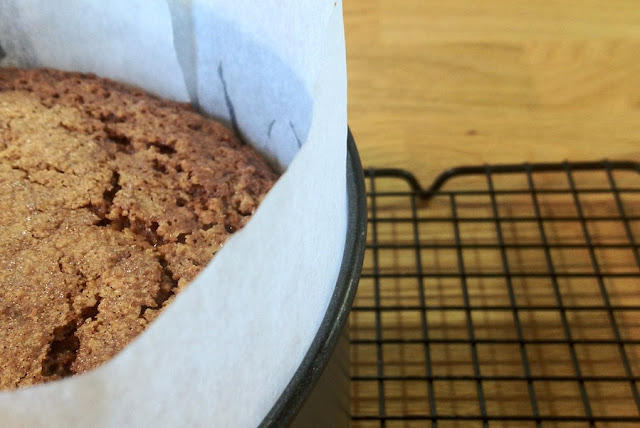 
Bowl 1: Eggs, oil, vanilla, sour cream. Mix the wet ingredients together (by hand is fine, no need to whip it into a frenzy) and then sieve in sugars.

Fold the dry mix into the wet mix.

Fold in the carrot and coconut.


These James Grieve apples that are ripening so beautifully had better watch out. I've got treacle-y plans for them next... but in the meantime, I'm off to eat some cake. 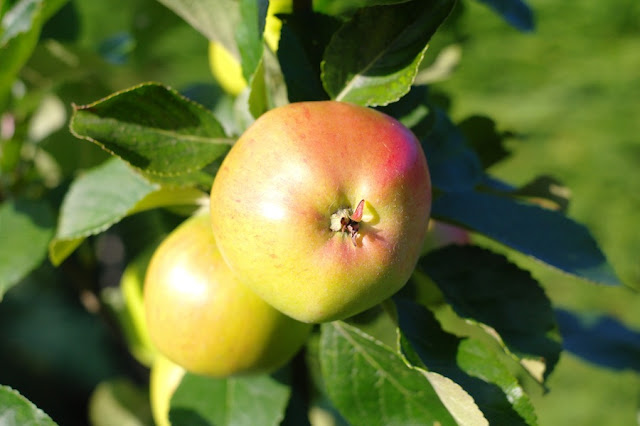 Post Script:
So strangely it seems that today is THE day for blogging about carrot cake. What can I say, great minds thinking alike?! Here's a gluten-free version from the Domestic Sluts, and for something completely different, here's Shu Han's Singaporean carrot cake (warning: this stuff is seriously delicious).